Home
Articles
Repatriation Blues: Expats Struggle With the Dark Side of Coming Home

Repatriation Blues: Expats Struggle With the Dark Side of Coming Home 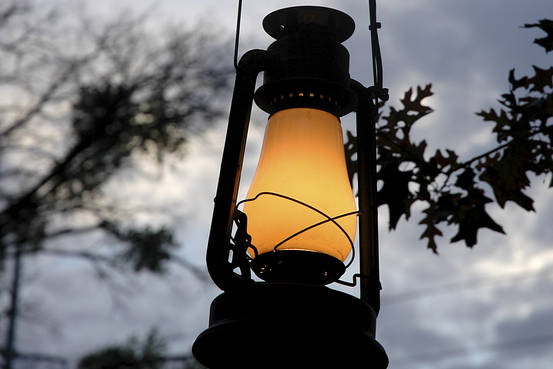 Nobody tells you about this part.

Expats are good at preparing for their next exciting post, whether it’s in Burundi or Boston. They’ll study the language, find the best place to live, read up on the food, the climate, and the currency.

But the deep, dark secret of the expat experience is that coming home – repatriation – can be even harder than leaving. “When you go abroad, you expect everything to be new and different,” says Tina Quick, author of “The Global Nomad’s Guide to University Transition.”  And when you return home, you expect life to be basically the same. “But you have changed, and things back home have changed since you’ve been gone,” she says.

Robin Pascoe, author of “Homeward Bound: A Spouse’s Guide to Repatriation,” compares it to wearing contact lens in the wrong eyes.  “Everything looks almost right,” she says.

Many expats coming home go through a period of grief, says Ms. Quick, until they “give in to the homesickness” for their host country.

Maria Foley says when she and her family repatriated to Canada from Singapore, she assumed it would be a smooth transition. “We moved back to the same house; we were driving the same car,” she says. “And it hit me like a punch in the gut. It took two years until I felt like a human being again.”

The struggle of repatriation is not just one of psychological adjustment. Multinational companies are finding that while they are using plenty of resources to prepare employees for an international transfer, they are less attentive to the other end of the move. The result, according to research by Brookfield Global Relocation Services, is that about 12 percent of employees leave the company within a few years of repatriation. While that percentage is similar to the overall attrition rate for companies, the number is a concern, “given the inordinate cost of international assignments,” says Diane Douiyssi of Brookfield.

Ms. Douiyssi thinks the companies “would want to work harder to retain these key employees.” The amount that companies invest in expat employees, both financially and developmentally, “make them valuable assets to the company,” which is why an attrition rate that’s similar to other employees is “somewhat surprising,” she says.

Sheldon Kenton, chief commercial officer for Cigna Global Health Benefits, likewise notes that a “fairly significant” number of expat employees leave companies shortly after repatriation. “That seems like a bit of a waste,” he says. “And I think it’s a financial cost. We always look at a three-year assignment of an expat as a million-dollar investment. If an employee leaves six months after returning, that’s a relatively poor return on investment.”

Many companies are starting to pay more attention to this, Mr. Kenton says. Although there hasn’t been much research on the post-repatriation situation of employees, he suspects that the high costs of moving employees has “forced companies to take a better look at this.” Part of the problem is that the human resources employees are often the last to hear about an expat employee being repatriated, he says. Cigna clients tell him that the goal is for both companies and employees to spend time figuring out the next step. “Don’t think about what you’re going to do the week after you’re repatriated.”

READ MORE: Writer Alan Paul on Expat Memories and on being a ‘Panda Dad’

READ MORE: You Can’t Go Home Again: For Expats ‘Home’ Can Be a Confusing Concept

Ms. Pascoe says that her adjustment problems led her to write “Homeward Bound.”  Ms. Foley began a blog called “I was an expat wife” as a form of “online therapy” to help, as she writes, “work through my ambivalence about repatriating, revisit my glory days, and share whatever snippets of hard-earned wisdom I picked up in my years abroad.” She’s also writing a book about the experience, based on a survey of more than 1,000 people who responded to her questions about repatriation.

Naomi Hattaway, an American who moved first to India and then to Singapore, wrote a post on her blog called “I am a triangle,” that went viral, receiving more than 400 comments. She ended up starting a Facebook group, also called “I Am a Triangle,” so that people going through similar experiences could connect. A “triangle,” she says in her original post, is a person who might be from a “circle country” but move to a “square society,” that is totally different. Eventually that person evolves into a triangle, with elements of both cultures. Moving home doesn’t change that, she says.

Lois Bushong, who grew up abroad as the child of missionaries and spent much of her own life abroad, became a therapist to help other expats deal with this transition. One of the founding members of the group, Families in Global Transition, Ms. Bushong says that the dearth of counselling help for expats coming home – particularly those who might have had to be evacuated from countries having crises – was one of her motivations.

“I thought, ‘Is somebody going to help them, talk to them?’” she asks. From her counselling, she also wrote a book, “Belonging Everywhere and Nowhere: Insights into Counseling the Globally Mobile.”

Other expats find that their alienation – sometimes called reverse culture shock – can take a more serious turn. Nneka Okona, a 28-year-old from Atlanta, says that after teaching English and writing in Spain for almost a year, she moved to the Washington, D.C., area to live with her father, who had moved to the city for a job. One of her friends, who had lived abroad for two years, warned her that moving back to America would be hard.

“I kind of shrugged it off,” she says. “The first month was amazing, all the food and soda and little things I missed so much.” But after a month, she says, it was like a light switch turned off. “For the first four weeks, I felt like I was visiting. Then I realized I really do live here. I was not going back anywhere. That was when things started to get really hard,” she says.

Ms. Okona stopped leaving the house and cut herself off from friends. Finally, her father asked her if she wanted to see a therapist. When she did, she was diagnosed with “situational depression,” or a depression caused in her case by her inability to adjust to the transition of her new life. Ms. Okona is also planning her next stint abroad, this time as a graduate student in England.

Ms. Bushong, the therapist, says it’s easy for returning expats to feel isolated. “Nobody gets it. It’s like having somebody dying and there’s no funeral and you’re not supposed to talk about it. You feel guilty talking about it.”

Perhaps the hardest transitions happen with expats who didn’t especially want to leave. George Eves, the Moscow-based, British-born founder of Expat Info Desk, an online resource for expats, says that many companies limit the amount of time employees can spend in a particular posting. “They may say you have to go home or go somewhere else. But you might say, I actually like living here,” he says.

Ms. Hattaway recommends that before they leave, expats undergo a ritual where they visit and say goodbye to each aspect of their life abroad. Ms. Foley says that some people may also want to revisit the place later on to see how things are changed. When she returned to Singapore for a visit, she realized she had become a tourist in the place that had been her home. “I had been aching for years, but being there as a tourist put that into place for me,” she says.

In other instances, a trailing spouse might refuse to set down roots because she knows her spouse’s career might take her away again. Ms. Bushong had one client who refused to unpack, buy furniture, or make friends for two years after the repatriation. “She kept waiting for him to come home and say, ‘We’re moving again,’” she says.

Children, who may appear to be excited to return home and reunite with old friends, sometimes hide their identities as Third Culture Kids. Ms. Foley, who had lived for years in France with her family, says that her children were fluent in French. But when one daughter took a French class back in Canada, she spoke French with a strong Anglo accent.

“Years later, I asked her about it,” says Ms. Foley. Her daughter answered, “There was nothing wrong with my accent. I faked it,” she recounts. “Otherwise she would stick out as being different.”

Ms. Hattaway says that a teacher in her daughter’s Virginia school confronted her at a parent-teacher conference because the girl, she says, didn’t know anything about U.S. history or currency. Apparently the daughter told the teacher the family had moved to Virginia from Florida, which was technically true. But what she neglected to mention was that the years before that were in Singapore and India. “She decided it was too much of a hassle,” Ms. Hattaway says.

Many repatriated expats find it hard to connect to friends again at home. Ms. Hattaway says that expat life draws people together: “You’re in a circle or tribe with other expats. But back home, you’re only one in a sea of people. Some of them have never left, some don’t have passports. And you look like everyone else,” she says.

Tina Quick, who lives outside of Boston, says that although she’s been back in the States for 10 years, she still doesn’t have a best friend, someone she could call in an emergency.  She didn’t understand why she never heard from the other soccer parents she met after the season ended. Her husband reminded her that their children had all gone to elementary school together.

The Rev. Ken MacHarg, who served as a pastor in six countries around the world, says that he tells people that moving overseas will “mess you up for the rest of your life. You’re constantly torn between those places, and you’re a changed person.”

Expats need to know that the toughest assignment of all might be coming home. “Send me home?” asks Ms. Pascoe. “It’s easier to go to Bangkok than to repatriate in Vancouver.”