10 Things I Wish I’d Known Before Moving to Israel 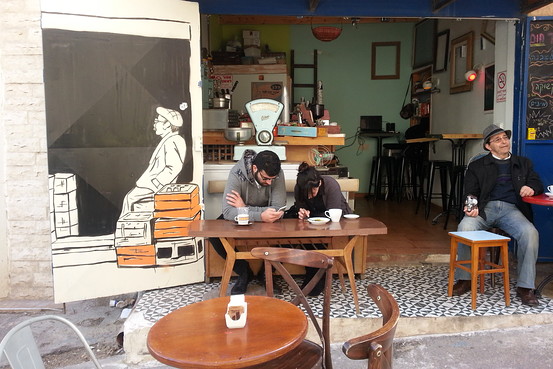 1. That you need thick skin. Impatient drivers beep at you before the light turns green; aggressive schoolchildren try to cut in line; clerks raise their voices—in the supermarket, at the garage, in the bank—often with a rough, gruff tone. The term sabra, slang for Jews born in Israel, alludes to a thorny desert cactus, known as prickly pear, with a dense exterior and a sweet, soft interior—just like the people. For years, I tensed up when drivers tailgated me, flashing their bright lights for me to change lanes; I cringed at the lack of basic manners; I felt personally affronted when postal workers addressed me rudely. But I’ve grown accustomed to the way sabras behave and how many speak at a higher decibel level than Americans. Now, if I feel slighted, I try to right any wrongs and speak as even-toned as possible in my native tongue.

2. That you should tap into your inner chutzpa, even if it’s out of your comfort zone, because no never means no. A friend of mine arrived Friday afternoon, minutes after her little neighborhood makolet closed for Shabbat, pounded on the window, and explained she needed milk for her children. The storekeeper let her in, if not out of the goodness of his heart, then because it’s a kid-centered culture. Like my mother always said, there’s never any harm in asking.

3. That bureaucracy is excessive but humane. When my husband and I arrived at the Ministry of Interior one Tuesday afternoon, we couldn’t believe our luck at finding the doors open, a handful of clerks shuffling papers at their desks and no line. One woman addressed us, informing us they’d closed 15 minutes prior. My husband insisted he’d checked the website and then realized his error (the first day of the week, yom aleph, is Sunday, but he thought Monday); then he explained that in order to go to the Ministry of Absorption the following day for a previously scheduled appointment to update our status (once new immigrants, now called returning residents), we had to first obtain a summary of our entries and exits over the past seven years with our Israeli passports. We slowly approached her cubicle. She asked for our ID card numbers and passports. We handed her everything. We sat down. Within five minutes, the printer came alive, spitting out page after page.

“Can I give you a hug?” I asked this woman. She looked up from her computer. We made eye contact. I saw her as a person—not just as a bureaucrat—warm, willing to help. Like many Israelis, she asked us where we’re from, how we met, our children’s ages, why we left Israel, what brought us back. Instead of feeling annoyed by her curiosity, I was amused. After the printer finally quieted, she slid the papers into a manila envelope, handing me the precious goods. She stood up and opened her arms. “Give me a hug now,” she said.  I stood and held out my arms to give—and take—that embrace. We held one another for a few seconds as I whispered “thanks” into her ear. 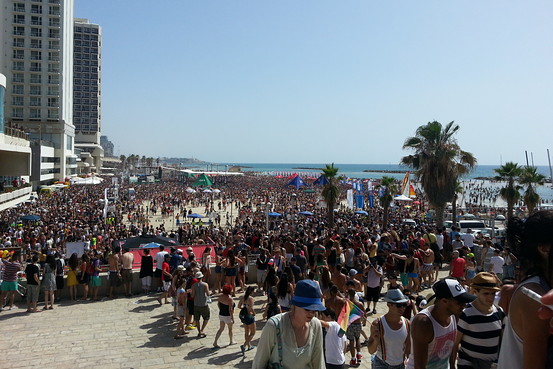 The crush of people along the beach in Tel Aviv after the Gay Pride Parade, June 2013.
Jennifer Lang

4. That the roughly six million Jews in this country of eight million people regard one another as mishpacha, one big family. Last July, toward the beginning of the 2014 Israel-Gaza conflict also known as Operation Protective Edge, an American-born Lone Soldier, who had emigrated alone from Los Angeles to serve in the army, died; approximately 30,000 people attended his funeral as a show of solidarity. Conversely, we attended a bat mitzvah party recently, and, like an Israeli wedding, guests numbered in the hundreds. At such events, everyone remotely connected makes it on the list, including third cousins once removed, childhood friends, army friends or captains, college study partners, parents’ colleagues, grandparents’ school friends and even friends of the bride’s and groom’s siblings.

5. That Israelis are superstitious. When one of my yoga students recently told me she was pregnant, I held back from wishing her mazel tov or good luck, remembering to say “B’shaah tova,” literally all in good time, to reassure her the baby will get here when he gets here. During my first pregnancy in the northern port city of Haifa, my husband and I bought a crib, changing table, car seat and stroller, but walked out empty handed. Weeks later, after I gave birth, he called the store to arrange the delivery. By the time I returned home with our four-day-old infant, the nursery was set up and baby gear strewed everywhere.

Although 21 years have passed, the superstitions surrounding pregnancy haven’t changed. Many savtaot, grandmother figures, still love to lean over strollers and admire babies, then affix an Evil Eye or Hamsa charm, often followed by three funny words—tfu, tfu, tfu—each a protective measure against harm. My younger friends today tell me that superstition—to not set up, plan, decorate, buy before the baby arrives—still stands. Baby stores still hold the goods before babies arrive home. Just as Westerners say ‘knock on wood,’ some Jews in Israel will say ‘Hamsa, Hamsa, Hamsa, tfu, tfu, tfu’, which is the sound for spitting, supposedly to spit out the bad luck. 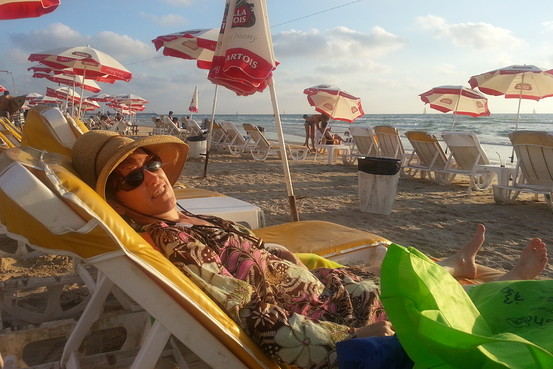 6. That strangers stick their noses in your business. Last week, I parked my car so close to the car behind me that our bumpers touched. When I got out, a passerby yelled from across the street, “Lama at kol kach karov aleyah?” (“Why are you so close to it?”) Sometimes I respond, but others, I choose to ignore the intrusion into my personal space. During my Haifa days in the early 1990s, I used to ride the bus often; if I asked the driver for help with directions and nearby passengers heard my accent, they launched into the Inquisition: where was I from, what was I doing in the country, how long had I been here, did I have family? Their sense of curiosity and engagement can amuse or ire me, depending on my mood and the circumstances.

7. That in such a minuscule country where strangers stick their noses in everybody’s business, good deeds and acts of kindness arise organically, especially in times of tension. During last summer’s war, two of my friends began visiting wounded soldiers in a nearby rehabilitation center on a weekly basis. In the fall, after a Druze policeman was killed in the line of duty during a terrorist attack in a Jerusalem synagogue, thousands of Israeli Jews, particularly from that community, attended his funeral. One couple even named their newborn son after the policeman to memorialize him. 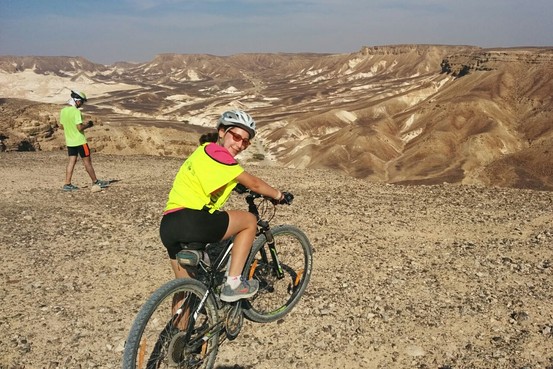 8. That soldiers are highly regarded and deeply appreciated. One friend’s daughter, who just finished basic training in a combat unit in the north near the Lebanese border, says that every Shabbat (the Jewish day of rest), people visit the base bearing homemade food and cakes to show their gratitude. My son, who spent a week sleeping in a tank and guarding a computer station at the border with Gaza last summer during the 50-day war, feasted on pizza and hamburgers that people risked their lives to hand deliver, and his unit was invited to swim in a stranger’s pool.

9. That spontaneity trumps advance planning. People don’t look beyond one or two weeks in their calendars. Perhaps because the feeling of what-if looms in the back of everybody’s minds. What if a war breaks out? What if I fall ill? It all goes back to superstitions. Often, people make plans one, two or three days, or even hours, ahead. A few weeks ago, we received a text inviting us for dinner that night to celebrate a friend’s birthday and we went. No one stands on formality, and a lot happens last minute. In a country that has to fight for its right to exist, people celebrate. Your daughter is leaving for the army on Sunday? Host a party Saturday night. Your spouse is turning 37? Invite friends for a surprise dinner. Your parents have just immigrated to Israel? Ask all your friends to come welcome them. No life event goes unnoticed or without festivity. 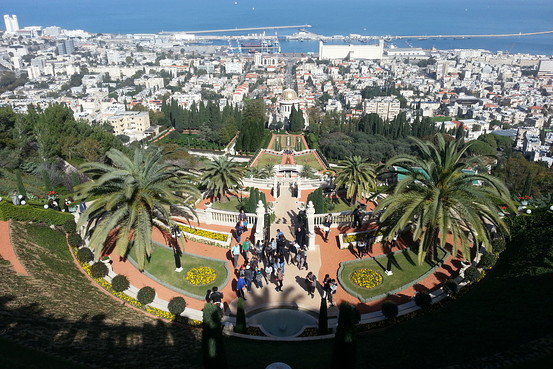 10. That life goes on. No matter what. Live in the moment. Keep moving forward.  One weekday evening last summer, in the midst of random sirens across Israel, we went out to Meat and Wine in Herzlia with friends. During the 10-minute ride to the restaurant, the four of us acknowledged that we weren’t really in the mood to eat out and felt guilty for enjoying dinner when soldiers were in the line of fire and southerners, especially, were besieged by rockets. When we entered the upscale eatery, I was stunned by the noise and laughter and smiling faces and glasses of wine. Every table was taken. When our bottle of wine arrived and we each had a glass in hand, we raised them. “L’chaim,” we all chimed. To life. 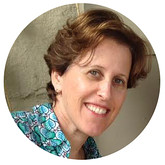 American-born, French-by-marriage and Israeli-by-choice, Jennifer Lang has spent the past three decades jumping between those three countries. In 1989, between a job in Paris and graduate school in New York, she enrolled in a Hebrew language immersion class in Israel. One month after arriving in Israel, she met her future husband, a Frenchman who had emigrated there after college. Unexpectedly, she stayed. Five years later, they moved to Paris for a year, then California for six and later, New York, where they spent close to a decade. When their eldest son decided to enlist in the Israel Defense Forces after high school, they agreed to return to Israel. Jennifer blogs at opentoisrael.com.